"We Only See Each Other at Weddings and Funerals"

"The White Violin"
The Umbrella Academy is an American television series developed by Steve Blackman and Gerard Way for Netflix. It is an adaptation of the comic book series The Umbrella Academy created by Gerard Way, and published by Dark Horse Comics. The series stars Ellen Page as Vanya Hargreeves and Tom Hopper as Luther Hargreeves.

The first season of The Umbrella Academy premiered on February 15, 2019.

A dysfunctional family of superheroes comes together to solve the mystery of their father's death, the threat of apocalypse and more.

Originally it was expected to be a film released on Universal Studios, based on the comic book series. Mark Bomback was contracted as the writer for the film, but he left and was replaced by Rawson Marshall Thunder to write the script. The film was in production however, due to the complications of the production and differences in the talks between the crew, the film was led to it’s cancellation.[2][3]

The future of an adaptation of the Umbrella Academy was left in limbo until 2015. That year it was confirmed that the adaptation of the Umbrella Academy would be a television series instead of a film.[4] In 2017 Gerard Way was persuaded by Netflix, due to their interest to stream the series. After 2 meetings Way accepted the deal and decided to let Netflix stream the series. In 2017 most of the cast joined the series. Ellen Page, Tom Hopper, David Castañeda, Emmy Raver-Lampman, Robert Sheehan, and Aidan Gallagher we’re confirmed to be part of the cast.[5][6] Jeremy Slater wrote the pilot script, while Steve Blackman acted as showrunner.

Filming for the series began on January 15, 2018.[7] The series was filmed in various locations of Toronto in Canada. Additional filming took place in Hamilton, Canada. the filming of the first season concluded on July 18, 2018.[8] On April 2, 2019 the series was renewed for a second season which is expected to be released on July 31, 2020.[9] It was later confirmed that 3 new members will join the main cast, and that Ben will have a major role in the season.[10][11] 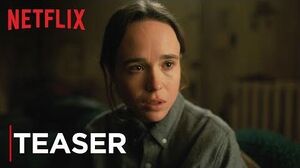 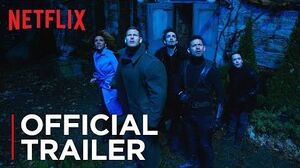 Retrieved from "https://umbrellaacademy.fandom.com/wiki/The_Umbrella_Academy_(TV_series)?oldid=7266"
Community content is available under CC-BY-SA unless otherwise noted.