"You were never just kids. You were meant to save the world."
—Sir Reginald Hargreeves[src]

Sir Reginald Hargreeves is an explorer, eccentric billionaire, interdimensional being and the head of the Umbrella Company. He adopted seven of the forty-three children who were all born on the same day in 1989 to mothers without any previous signs of pregnancy. He intended to train the children to save the world, creating the Umbrella Academy.

Sir Reginald came from a time long ago from another dimension devastated by nuclear war.[citation needed] In 1928, he traveled to the United States and purchased the D.S. Umbrella Manufacturing Company from its owner J. King.[1] In the 1950s and 1960s, he contributed to the advancement of space technology as the space race between the USA and USSR was underway. He was also involved with the Majestic 12 but broke ties with the organization over its role in the assassination of President John F. Kennedy.

Hargreeves was an incredibly complicated individual. He was cold, distant, and emotionally abusive towards his "children", treating them more like lab rats than humans. He never gave them real names, only referring to them as numbers he assigned in order of how useful he viewed them. He blatantly played favorites, called Viktor useless, and locked Klaus in a mausoleum in order to test his powers.

His treatment of the Umbrella Academy is the cause of their dysfunctional relationships, multiple neuroses, and destructive behavior.

At the same time he showed moments of deep concern for his children, he gave Viktor his violin, despite it being a memento of great importance to Reginald. He also expressed sincere guilt and concern about Luther's well being while talking with Klaus in the afterlife.

In a flashback to his previous life, Sir Reginald is seen with a woman who is either his beloved one or wife and is visibly sick. She is not named but she calls him 'Reg' and tells him to leave her to die, as the world 'needs him'. Sir Reginald does as asked but never speaks of her again.

In the 1960s, he is seen in a relationship with Grace, with whom he worked to take care of Pogo and send him to space. Grace breaks off the relationship when Sir Reginald is unwilling to divulge the scope of his involvement with the Majestic 12 once she finds evidence of it. Later in his life, he modeled the robot caretaker of the Umbrella Academy children after Grace. 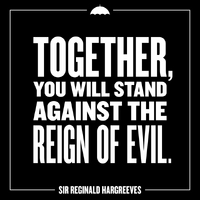 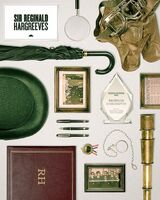