View source
watch 01:25
Jurassic World: Dominion Dominates Fandom Wikis - The Loop
Do you like this video?
Play Sound
This article is about Diego Hargreeves from the Netflix series. You may be looking for the Kraken from the Dark Horse comics.

"Everyone changes the world. Everyone. And it’s scary, but that’s kinda the deal."
—Diego Hargreeves[src]

Diego Hargreeves, originally designated as Number Two is one of the forty-three children who were all born on the 12th hour of the first day of October 1989 to mothers without any previous signs of pregnancy. The baby was one of seven adopted by Sir Reginald Hargreeves with the intention of training them to save the world. Ranked by their individual usefulness, Diego was Hargreeves' Number Two with the power to manipulate thrown objects such as knives while in flight.

After Five failed to avert the apocalypse, Diego found himself transported to Dallas, September 1, 1963. After publicly claiming that JFK will be assassinated, Diego found himself locked up, but broke out of the hospital with his newfound friend, Lila, for whom he later began to develop feelings. Diego attempted to save the day — and the president — all on his own in an effort to show the Umbrella Academy he is worthy.

Diego is a rebellious, impulsive and brash individual with a tendency to show off. However, beneath his confident, cocky behavior lies a deeply insecure individual who desperately wants to prove himself. He has an sibling rivalry with his brother Luther, who was their father's favorite and who he could never measure up to in the eyes of their father. He has a deep emotional connection to his animatronic "mother", more so than his siblings as she was the only one to express care towards him as an individual and helped him overcome his stutter. As such, he is fiercely protective of her even going so as to throw evidence away that could possibly implicate her in his father's death.

He is the most emotional of siblings and is quick to act on these emotions without thinking. He was angry and unforgiving towards Viktor for writing their book without considering the trauma Viktor went through as a child. He also rushed in to avenge his friend Patch against Hazel and Cha Cha without a plan, nearly getting himself killed in the process.

Like the rest of the Umbrella Academy members, Diego was born on October 1st, 1989 and was adopted by Sir Reginald Hargreeves.

On March 21st 2019, Diego saves a family from a home invasion. At the end of the operation, Diego sees on the family's TV that his adoptive father, Reginald Hargreeves, died. Diego then decides to go home. There, he finds his adoptive mother Grace with Reginald's monocle and takes it from her, fearing that his siblings might blame her for Reginald's death. Allison arrives after him and some time after, Viktor arrives too. Diego asks why he's doing here because he doesn't belong here after betraying them by telling all their secrets in his book, but Allison defends his brother and takes the opportunity to mock Diego's outfit. Diego answers that at least, he's wearing black contrary to Allison who wears a blue shirt. Later, when sitting in the living room, Diego hears music and starts dancing in secret. But the dancing session stops when a lightning storm strike outside. Heading into the courtyard, he and his siblings watch as Number Five re-appears through a temporal anomaly after 17 years of disappearance.

After his siblings failed to prevent the apocalypse and Five transported them through time, Diego found himself in Dallas, 1963. Diego became obsessed with preventing the assassination of JFK, and was institutionalized at the Holbrook Sanitarium as a result.

In the institution, Diego met Lila Pitts, a fellow patient at the institution, and the two became friends and plotted an escape together. Five foiled the plan on numeorous occassions, but the two were eventually able to escape and reunite with Number Five on the outside; it is here that Lila became privy to the mystery behind the Umbrella Academy and their plans to save the world.

Diego was betrayed by Lila, however, when he found out that she had been planted into Diego's life by the Handler, and was actually aligned with the Temps Commission. Diego told Lila that the two are done with each other, however Lila drugged him and brought him into the Commission to work for them, much to his dismay.

Inside the Commission, Diego became fascinated when he learned of the Infinite Switchboard, a room where the Commission oversaw the entire timeline. He found out that Viktor was the trigger for the apocalypse in 1963, and further realised that Viktor "is the bomb, and will always be the bomb". He escaped the Commission with the help of Herb, and revealed to Five and the other members of the Umbrella Academy the details of the apocalypse.

Diego and the other members of the Umbrella Academy were able to manage the threat of Viktor and, along with Ben, were able to prevent the apocalypse. They were, however, faced with the issue of Harlan Cooper, and Diego accompanied the rest of the Academy to the Cooper farm where they tried to save Harlan.

They were able to save Harlan but were forced to fight off the Handler and the other agents of the Commission. They were successful, and Diego was able to convince Lila that the Academy was her family, and he revealed to Luther that he loved Lila.[3] 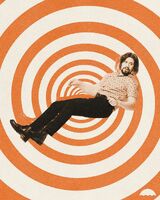 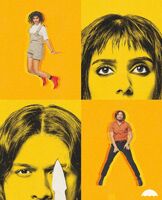 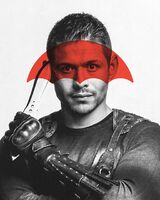 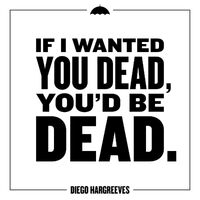 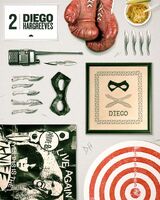 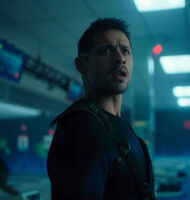 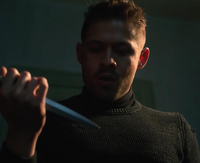 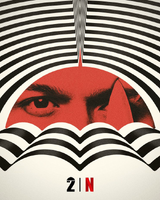 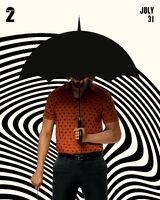 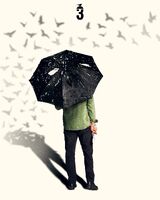